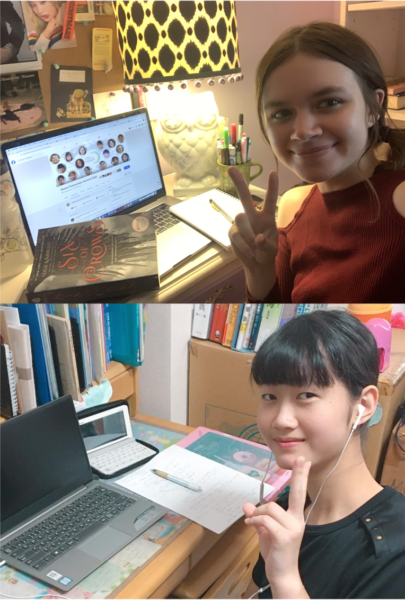 Engaging the next generation of international leaders

Global Classmates Summit is a ten-day exchange program facilitated by Kizuna Across Cultures for high school students from diverse backgrounds in the United States and Japan. The goal of the Summit is to deepen mutual understanding and friendship among the next generation of leaders in various fields and help them grow into individuals who can promote mutual understanding and cooperation between the United States and Japan, as well as the international community.

In its fourth year, this year’s Summit selected sixteen outstanding high school students (eight from the United States and eight from Japan) from a pool of 1,864 students who participated in the 2019-20 Global Classmates virtual exchange program.

(Since its launch in 2012 our virtual language and cultural exchange program, Global Classmates, has connected over 10,000 high school students in the United States and Japan, making a powerful impact on the students and expanding their future possibilities.)

The past three Summits took place in Washington, DC; however, due to the Covid-19 pandemic, the Summit took place virtually this summer. Taking into account the time differences, the students participated in the Summit activities for three to four hours per day from July 24th to August 13th, for a total of nine days.

During the Summit, students expanded their perspectives and deepened their thoughts through meeting internationally-minded leaders, discussions with fellow participants, and team building activities. In addition to themes such as cross-cultural understanding, U.S.-Japan relations, and public diplomacy, this year’s Summit addressed issues facing the international community today, such as learnings from the global pandemic and antiracism and international society. The Summit concluded with a group presentation in English, where participants shared their learnings and presented their proposals for building a brighter future for U.S.-Japan relations and the international community. The past presentations took place at the Embassy of Japan in Washington, DC; however, this year’s presentation was done as a webinar, allowing more people from different regions to attend.

The participants were initially looking forward to meeting in Washington, DC, so there must have been some level of disappointment with the Summit changing to a virtual format. However, thanks to the positive attitudes of the participants, our guest speakers who stimulated the students’ intellectual curiosity and desire to grow, and the creativity of our staff, something magical happened. It became an opportunity for the participants to broaden their horizons, raise their aspirations, and strengthen their desire to contribute to the U.S.-Japan relations and the international community.

Summit 2020 Participants and Their Voices

Through the summit, I gained a much better understanding of how U.S.-Japan relations are important to many aspects of our lives and governments. I’m interested in filmmaking and writing and my experience at the Summit taught me how to integrate my passion for Japanese culture with this career path. I was able to strengthen my leadership and communication skills and build strong relationships with the other participants. I learned a lot and made some great friends.

Even though we were not able to meet in person, we took advantage of ways we could interact with each other online through Zoom, Facebook, and LINE. During the Summit I gained a wealth of knowledge from the guest speakers as well as my fellow participants in regards to U.S.-Japan relations. I also realized that I can contribute to international affairs even if I don’t aspire to be a diplomat. I was able to connect with other passionate students and build a community of young people who are motivated to promote U.S.-Japan relations.

The Summit was a good example of grassroots international exchange and made me realize the importance and potential of grassroots activities. In a rural place like my home state of West Virginia, I felt that information and opportunities were limited. However, I realized that there are many ways to help those who feel that way. As for my own career, I’m beginning to be interested in becoming a diplomat.

I have always wanted to be involved in the international community, but I didn’t know how to do it. Listening to the stories of those who work in the field has strengthened my desire to contribute to today’s globalized society and has broadened my perspective on how to do so. I had thought about becoming a public servant, but I also learned that there are many other possibilities, such as being involved in projects that cross national borders, private company’s overseas expansion, or public diplomacy, which gave me new things that I want to try in my life.

I became aware of the stereotypes that I had formed without realizing it and the fact that I have judged others based on stereotypes. Through discussions between Japanese and American students on topics such as “wearing a mask during the pandemic,” “uniforms,” and “images of each other’s culture,” I was able to see how our differences in values and ideas arise from differences in our backgrounds. As a result of my participation in the Summit, I feel that I am now better able to communicate my opinions to others and can think more flexibly and deeply about things from different perspectives.

Hearing from various leaders, I realized that in order to be a good leader, vision is especially important. If you don’t have a clear vision of what you want to achieve, people won’t follow you. It is difficult to set a clear goal but I realized that by thinking about your goals as you live your life, you can achieve what you really want to do. 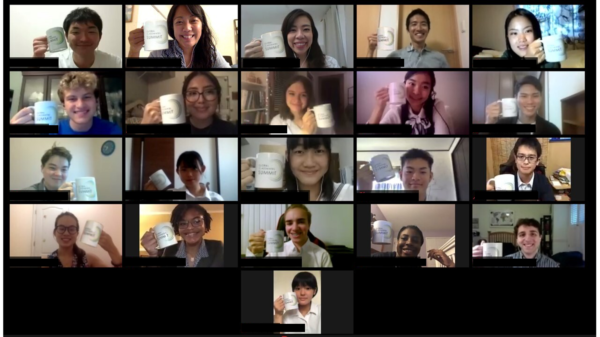